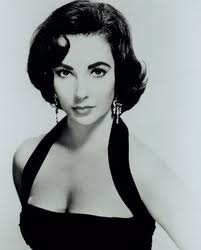 Elizabeth Taylor died Wednesday, March 23, 2011. The media remains focused on her legendary life, but Elizabeth Taylor was also 1 out of 3 women who was hysterectomized, and 1 out of 3 women who died from heart disease. Women who undergo hysterectomy before the age of 50 have a 3X greater incidence of heart disease than women who do not undergo hysterectomy. Heart disease is the number one cause of death among women in the U.S. (CDC, Heart Disease Facts and Statistics, 2008).
An extraordinary, talented actress, Taylor was best known for her hot, steamy sexy roles in films like Cat On A Hot Tin Roof, Suddenly Last Summer and Cleopatra. It is notable the list of “Key films in the career of Elizabeth Taylor” published by Reuters today ended with two films, “The Taming of the Shrew” and “Reflections in a Golden Eye”, both released in 1967, one year before she underwent a hysterectomy. Taylor continued to be headline news long after her steamy roles ended, which was soon after her hysterectomy in 1968.
Elizabeth Taylor had a back problem due to an accident when she was a child. The back problems she suffered with became more prominently referred to after the hysterectomy. It is not surprising since back pain is reported as one of the most common problems women experience after hysterectomy. Taylor also developed many of the other problems known to be caused by the surgery, including the need for three hip replacements.
The long, passionate love affair between Taylor and Richard Burton ended in divorce two years after the surgery. The loss of sexual feeling commonly experienced by hysterectomized women might, in part, explain why their marriage ended. They remarried, and again it ended in divorce. Not long after the surgery it was often reported that she was addicted to drugs, alcohol, and physically unable to work.
Taylor died this week, and her fame will follow her beyond the pale. We will never know what this iconic figures career and life might have been if she had not been hysterectomized at age 36. She was extraordinary, but she was also an ordinary woman who experienced great difficulties in a very public way.
It was as if after Elizabeth Taylor’s hysterectomy life was frozen, like watching a film that suddenly hangs on one frame.